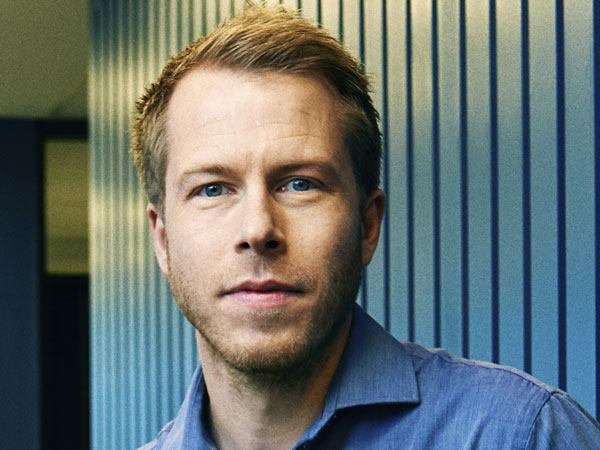 Patrik Berglund
After over two years of rising rates and overstretched capacity, the rapidly cooling ocean freight market looks set for an “extremely challenging” 2023, according to Oslo-based Xeneta.
An in-depth analysis of the latest real-time ocean and air freight rates, combined with expert trend forecasts, suggests that ocean cargo volumes could fall by up to 2.5%, rates will drop “significantly” and weak demand will force increased idling of vessels. The air freight market, analysts predict, will also face a turbulent twelve months.
Out of balance
From climbing to historical highs during the global pandemic, ocean freight rates have fallen away – and in the case of spot rates, dramatically so – since the summer. Xeneta’s market report, built on the foundation of the team’s crowd-sourced data from leading global shippers, suggests there’ll be no change in course for 2023, with challenging macroeconomic and geopolitical outlooks undermining confidence.
Xeneta CEO Patrik Berglund says difficult times await stakeholders right across the ocean and air freight value chain.
He notes: “The cost-of-living crisis is eating into consumer spending power, leaving little appetite for imported, containerised goods. With no sign of a global panacea to remedy that, we’d expect ocean freight volumes to drop, possibly by around 2.5%. That said, if the economic situation deteriorates further, it could be even more.
“Allied to dropping volumes we have a growing world fleet, with a nominal inflow of 1.65m TEU of capacity. Some demolitions will dent that growth, but we still expect an increase in capacity of 5.9%. Even if demolitions double from our current level of expectations, the industry would still be looking at an almost 5% expansion.”
Long-term woes
The upshot of that, Berglund explains, is overcapacity, necessitating an increased idling of assets. From a current position of “next to nothing” Xeneta forecasts idling of up to 1m TEU – “maybe even more” says the CEO.
This cocktail of weak demand, dropping volumes and an increase in capacity will, inevitably, impact negatively on rates, says Berglund. He comments: “We expect to see significant reductions. Carriers have proved adept at protecting and elevating rates during Covid, but with too much capacity, and easing port congestion, on most major trade lanes they’ll be fighting losing battles in 2023. We could see spot rates on some key corridors drop below pre-pandemic levels during the first half of 2023, while long-term rates will fall rapidly as older, expensive contracts expire and new, far lower contracts are signed. However, long-term rates will not drop below spot rates during the first half of 2023.
“As far as upcoming contract negotiations go, it’s imperative to keep an eye on the very latest market data to obtain optimal value. However, those talks will be difficult for all parties. The carriers will be desperate for volumes, but, at the same time, the shippers won’t have the high volumes that unlock the best prices. What we might see is that Freight Forwarders are the big winners, as they can find a sweet spot, serving the SMEs while playing the short market against carriers. Regardless, there’s both opportunity and challenges ahead, in the short- and long-term.”
Fasten one's seat belt
One area where the ocean freight market may benefit is from a potential reduction in air freight. Xeneta says this segment faces a “bumpy ride”, as lower ocean costs and better scheduled reliability (from easing port congestion and available capacity) may tempt some shippers to make a modal shift. In a climate of increasing environmental awareness, shippers focused on sustainability may also be tempted to switch ‘general’ cargoes from the skies to the waves.
“To be fair, a shift in general volumes wouldn’t be too significant for the ocean freight carriers, but it would strongly impact on the air segment, where cargoes are obviously far smaller.”
Berglund adds that increasing ‘belly’ capacity, with easing travel restrictions, will be supplemented by the arrival of conversion and freighter orders placed during the air cargo peak. This will lead the air segment to join its ocean freight sibling in the overcapacity corner, with, he notes, “a negative impact on load factors and rates.”
Certain uncertainty
In conclusion, the Xeneta CEO underlines the complexity of challenges facing the industry, with economic uncertainty, geopolitical concern (“and not just relating to Ukraine”), on-going industrial action on logistics chains, China’s continued zero-Covid policy and the combination of weak demand, easing congestion and increased freight capacity.
“There’s not that much for the industry to look forward to at present,” he states. “However, as we’ve seen over the past couple of years, predictions are almost impossible to make in a world that moves ever-faster, so there may be unknown factors waiting in the wings to influence markets.”
He continues: “For example, what happens if the Ukraine-Russia war comes to an end sooner rather than later? This could drive down certain costs again, giving consumers a positive boost. However, on the flip side, it's important to always stay on ‘on your toes’, as we could experience a second economic downturn at the drop of a hat. These ‘what ifs’ can, yet again, throw a curveball for the industry, just as we saw when Covid hit. If we've learned anything in the past couple of years, it’s that planning for the unthinkable ‘what ifs’ must be top of mind.”-- TradeArabia News Service
Share